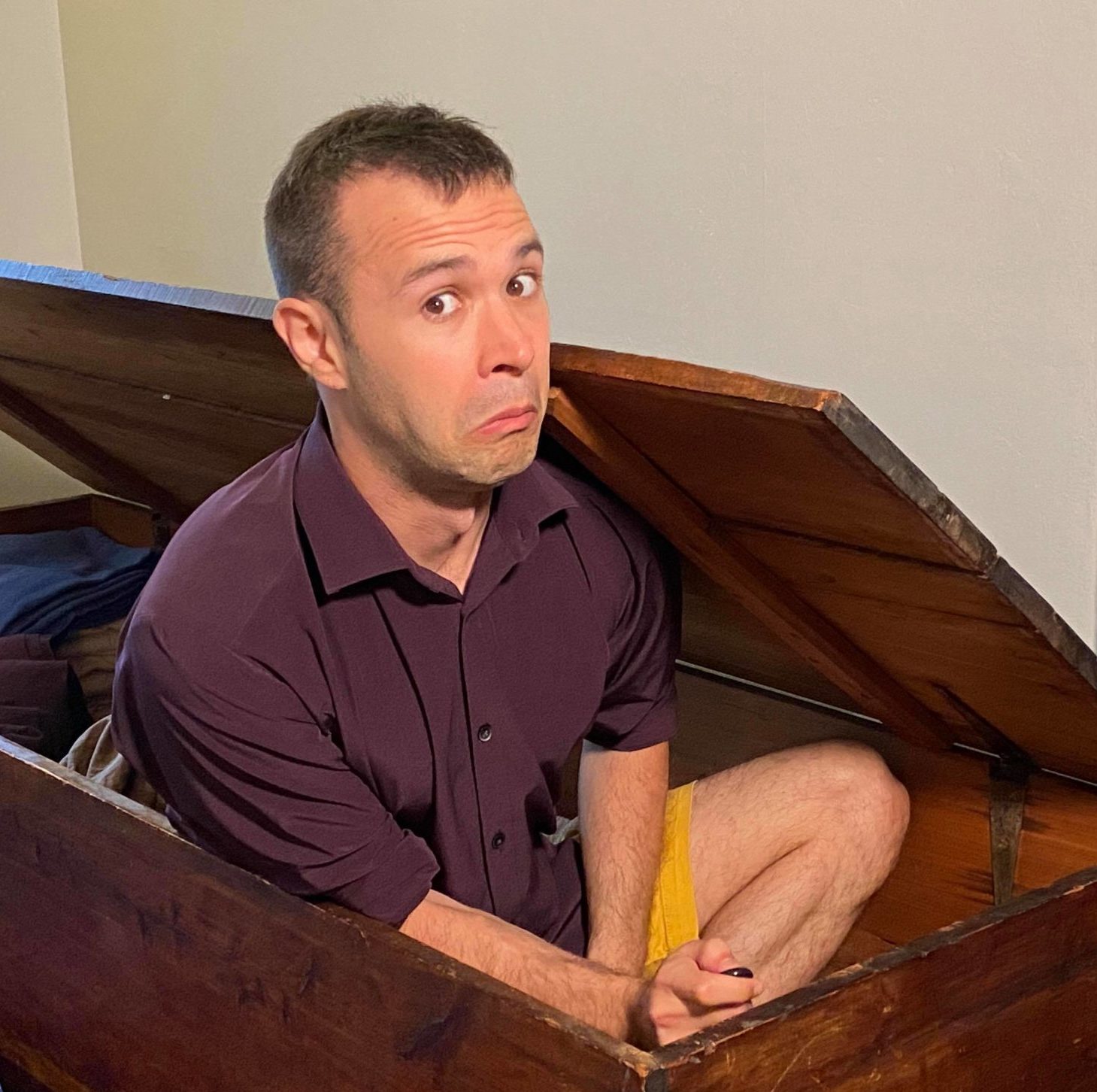 Four years ago I had an insight that helped me see and break out of the molds that other people were putting me in, and it has changed how I interact with people ever since.

I remember that particular evening well. I was running an event with about 20 people. A new student stood out to me. Let’s call him Jordan. He shared longer than any other student and when I started the guidelines for the evening, he interrupted me and asked if he could include some of his own. He had never attended any of my events before. I was completely baffled.

“No, you’ll have an opportunity to share later,” I said.

I’m all about student engagement and collaborative inquiry, but this wasn’t the time. We continued through the evening and later separated into small groups. We were doing a practice called Focused Inquiry and I chose to be in the group with Jordan, one of his friends, and a third participant.

In a focused inquiry, a single participant is chosen and the group puts their attention and curiosity on that person. The group then tries to understand what it’s like being them, having their inner world, and how it’s impacted by us and our attention. We also share our own experiences of being with them. So that evening Jordan was selected to be the recipient of attention. We began to explore his experience. He described a world within that was on fire— he was in deep pain. His friend, a young woman, let’s call her Jane, was a regular student of mine. I found her to be a tender soul, loving, curious, and open-hearted. As he shared, she would reveal care, empathy or other feelings. I noticed that I felt deeply uncomfortable with his responses to her. He would say things to her like,

Each time she shared her experience, he would tell her she was wrong or inform her of what her “true” feelings really were. Each time she shared that what he was claiming wasn’t actually true for her, but he would insist, overwriting her. Each time I would pause him and attempt to help him reframe things as a belief that he had, an assumption, or a fear he was experiencing. Each time he was adamant in his knowing of what her or my, or the other participant’s actual feelings, experiences, or intentions really were. Honestly, I found it quite challenging.

The event wrapped up and back then I encouraged students to hang out for a while after the event and connect with each other; often I would join in the fray. I was having a lively chat with one of the students and Jordan was nearby. As I was mid-sentence, Jordan interrupted me to share,

The impact on me at that moment was so specific; I remember it vividly, but I need to share a side story to illustrate it properly.

Sticks, Stones, and Words – They Can All Hurt

When I was in 8th grade, my mother sent me to a tennis camp. I hated tennis, but she had signed me up and so I was going. One particular day a fellow student made a wild serve and the tennis ball slammed into my jawline at 65 miles per hour. I’ll never forget – there was no pain, just a sense of shock and a tingling numbness that started at the impact site and continued as if in slow motion through the rest of my head in a wave of sensation and then on to the rest of my body.

Receiving Jordan’s comment felt exactly the same as that tennis ball did so many years before. That numb tingling sensation started in my face and quickly made its way through my whole body. I was shocked. I was triggered. I felt it in my whole body. However I had cultivated many leadership skills, so I was able to share in the moment. I took a breath and shared;

“Actually that doesn’t really fit my sense of myself,” I said to him. “I’d like to make a request of you. I’ve noticed a few times tonight that you seem confident about how other people are or what they are feeling or experiencing, even if it differs from their experience. I notice for me that I feel less safe with you being on the receiving end of it, and as a result, I want to pull away or be less connected to you. I’m wondering if you would be willing to frame these thoughts as a question or an assumption that you are checking out vs. something you know to be true. I think I would enjoy connecting with you more and I would be less guarded.”

He thanked me for the feedback and seemed to appreciate the honesty. What happened in there? Why did that feel so bad? He was using a type of languaging I call Boxification. In this example the behavior was extreme, but it has far more subtle forms that we all use all the time. They creep into our language and hide the critical messages that we actually want to get across.

If you want to learn to be able to recognize Boxification, and understand why it feels so bad, check out my article that will be released next week: What is Boxification?

Sign up now to receive 3 Ways to Become a More Impactful Leader!

Sign up to receive 3 ways to become a more impactful leader!

Come experience a week of free classes at the Relational Leadership Academy!

Check out our classes